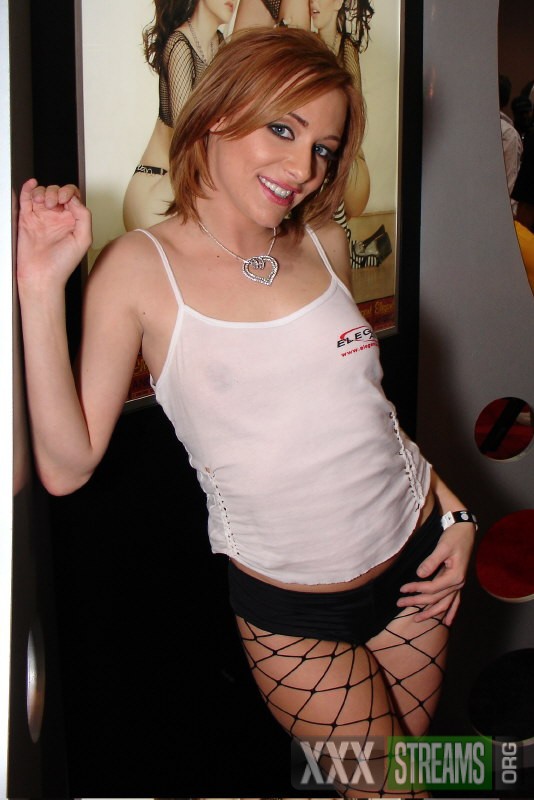 As requested here are every Sierra Sinn’s DVD scenes uploaded to xxxstreams.org, including all the extras featuring her (BTS, Credits, Interviews, Bloopers, Photoshoots…)

If you don’t know what QTGMC is, in short – ultimate SD quality (mostly for DVD’s).

Blow It Out Your Ass 2 – Scene 5 – with Veronica Jett
After medium brunette Sierra and dark haired Veronica dance around in pink and black outfits they help Brian administer milk enemas to each other on a new couch that looks like it might be easier to clean. Veronica takes the first fuck cowgirl style as Sierra watches, plays with herself, and helps a little before taking her fuck doggie style. Brian moves on to fuck Sierra’s ass reverse cowgirl style before they give her another enema that she sprays into Veronica’s face. They even load her up with milk before Brian fucks her ass and lets her blow it out before Veronica takes her milk enema and doggie assreaming. Sierra works a vibe around her pussy and puts it to work on herself as well while she watches Veronica get buttufucked before leaning in to get a few good tastes of Veronica’s ass from Brian’s cock. The girls each take Brian up their ass reverse cowgirl style, with Sierra taking his load there as well. She squirts it back out into Victoria’s eager waiting mouth and then goes right back to letting Brian fuck it along with taking another milk enema from Victoria. Sierra squirts the milk back out into Victoria’s mouth, and then lets her swap the mix of milk and cum back to her.
This is a darn hot scene that should really please extreme sex fans. With Sierra it’s easily the most over the top and extreme scene, and there’s plenty of very eager milk enemas that get squirted over each other. Victoria matches her as a very willing accomplice who’s more than willing to be a target for all of Sierra’s milk enemas. If you want over the top sex, this scene should really please you.

Breakin’ ‘Em In 8 – Scene 2
Going on we find another pretty young girl waiting in Vince’s office and the two shoot the shit with the camera getting nice shots all around young Sierra’s body. We then go outside to a familiar looking parking lot to me anyway where two strapping young fellas are brought in to test this young lady. She’s eager enough too whipping out their cocks and with nice energy she takes them both on. Sierra mixes in some gaggin along with the solid bj and there is some double stuffing too by this young lady. Sexwise they shoot reverse cowgirl, doggie, then it’s into her nice ass in cowgirl, mish with A2M and this well done scene ends with Sierra swallowing two loads. You can tell a noticeable difference between scene 1 and this one. Sierra seemed really into the action giving as good as she got.

Dementia 3 – Scene 4
Sierra Sinn, Dick Nasty, Kyle Stone, and 2 other guys were up next as she knelt before them and blew them in what is commonly called a “blow bang”. They kept their masks on and she serviced them to the best of her abilities before they started taking turns screwing her on the padded red cushion. She did vaginal, anal, and DP with varying partners though she seemed at her best in the oral and vaginal activities (in terms of heat and enthusiasm). Herschel appeared to be one of them (that spotted dick of his stands out) but the editing kept me from positively saying it was him or just another chunky white guy (other than Dick Nasty of course). Sexually, she was okay but the scene lacked so much that they apparently tried to cover up various flaws with an abundance of close up shots that showed her to be too passively involved in the action. It ended when she took some facials from the crew and they messily deposited their seed all over.

Extreme Asshole Makeover – Scene 5
We come now to Hillary’s best friend and she conducts another well run interview where she probes Sierra on what she hopes to get out of this upcoming dp scene. Sierra aims high wanting to achieve her best assgasm ever. When asked what she likes to do to her ass Sierra replies she likes to fist herself and for a few quick seconds you see her doing just that before we fade back to the girls chatting. Miss Sinn regrets not doing anal sooner so this scene will help her catch up and for those who don’t know Sierra’s the sexual ninja and she’s going to karate chop these fuckers if they don’t fuck her just right, lol. The tease then flows along nicely as we watch Sierra undress showing off her nice bottom and she utilizes a toy to also prep that pussy and ass for the work to follow.
She nearly fists herself again before we cut to a shot of her working on the dicks belonging to Marco Bandera and Sasha. Sierra expertly works them back and forth before doing some strong gagging and yes some double stuffing too. The guys seem to have fun thrusting their cocks up in Sierra’s mouth as far as she can take them which is pretty deep as we witness here. Sexwise you watch Sasha start it out banging her hard from behind and Sierra’ working her golden tongue in between gaggin on Marco’s dick. They work in some good reverse anal action which becomes a good dp in reverse. Miss Sinn does A2M on Marco before they guys flip her over to cowgirl where they resume the double pounding to her holes. The rest of the scene finishes strongly with another reverse dp and some strong assertive dick devouring from Sierra leading to the pops, we actually get a standing dp, then the guys unload at the same time all down Sierra’s face with this sexy red head showing off the jizz before swallowing.

Semen Sippers 5 – Scene 4 – with Annie Cruz
Sierra and Annie start out the penultimate scene on the couch kissing and working their hands around each other and their colorful bra and panty sets. It doesn’t take Annie long to work her way down between Sierra’s legs for a little muff munching, and she eagerly eats her ass as well. Annie gets on all fours so Sierra can repay her in kind, which is where Sean finds them. They greet him with a kiss while continuing to let their hands wander over each other before Annie tries to see how much of his cock she can take down her throat while Sierra goes back to working her over. Sierra comes up to help Annie and also uses Sean to challenge her gag reflex before he has them lie back so he can play with them a bit. He moves around to worship Annie’s ass before having her go back to working on Sierra as he fucks her from behind. Sierra comes around to work on Annie when Sean pulls out, and makes sure her asshole’s ready to swallow some black cock. Sean sticks with Annie’s pussy a bit longer, and lets each of the girls ride him reverse cowgirl style as the girls play with a vibrating egg. Sean spoons Sierra for the first anal before letting her take it on her back, with Annie offering a few supportive sucks and licks of his cock before laying back to get her own shithole speared. Sierra helps as much as she can, and the two of them give Annie just what she needs to let go with a nice squirt. They team up on Annie’s pussy with tongue and fingers next and get her to squirt a little more with Sean appearing to capture it in his mouth. Sierra lets Sean fuck her ass from behind next as she continues to play with Annie’s coochie, and Annie adds a couple fingers to help herself let go with another nice squirt. Sierra continues to take Sean in her ass reverse cowgirl style as Annie works herself to yet another squirt, and they both suck his cock clean when Sierra hops off. The girls let Sean take them from behind before getting down for him to pop between their mouths. Of course the girls swap it back and forth after sharing it with a kiss, and then swallow it all down.
This is yet another winner of a scene. I love the chemistry between the girls and how they play with each other using the vibrating egg. Annie’s squirting adds another nice dimension to the scene, and Sierra is nothing short of amazing with how her ass swallows Sean’s cock. There’s a great feeling of playfulness to the scene, and it all comes across like they’re just there to have fun and do what they can do best. This is a very enjoyable scene.

Un-Natural Sex 20 – Scene 5
Sierra Sinn, a very skinny gal with reddish hair, was up next as she got what she wanted from John Strong and Steve Holmes in a scene that Chico preferred to call “intense” rather than her preferred term of “rough”. The interview was outside with the dog watching and as soon as she walked into the living room, Steve tossed her onto the couch and choked her. That led to slapping, blowjobs, and anal sex; all of which “intensified” as the scene progressed. There was the same salad tossing the other scenes had and of all the cast of characters the movie displayed; she seemed to be the most into the extreme sex. There was a lot of DP footage here and they choked her to the point her face turned cherry red (and her facial blemishes became really pronounced). Still, as much as she’s not my type, if you’re reading this far into the review or have seen recent volumes of the series, this is exactly the kind of scene the series (and director) is known for so you’ll probably appreciate it more than I did. It ended when she sucked down the loads of population pudding, no hole left untouched repeatedly in the process.