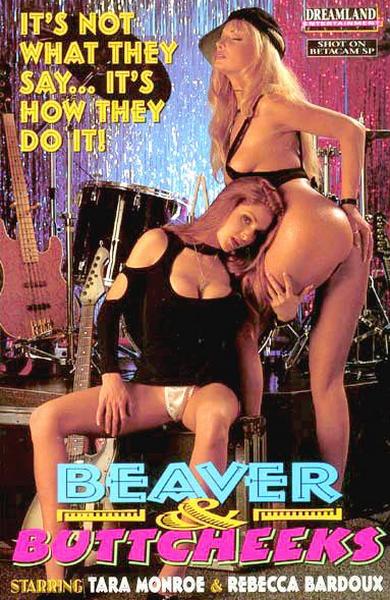 Jonathan Morgan stars as the producer of a late night talk show who’s at his wit’s end in this fast-paced 1993 romp. It seems that Morgan’s got a show but no host — the host has disappeared just as the program is about to go on the air. Meanwhile, Morgan’s already hired a band to play at the show. He catches a break when the band’s two daft roadies Beaver and Buttcheeks (Tara Monroe and Rebecca Bardoux) offer to host the show. Tara and Rebecca really chew the scenery here, delving into plenty of ridiculously dopey dialogue that calls to mind the cartoon from which they’re stolen the title. The gals’ first guest turns out to be zookeeper Kim Chambers, who brings on wild boy Tom Byron. They (of course) get down and dirty right there on the talk show set, startling the hosts and getting the proceedings off on a raunchy foot. Next, ambulance chasing lawyer Jim Enright brings on multiple-injury case Marc Wallice. Jim bails when he sees a potential client, leaving Wallice to take on Tara in a scorching segment. Breasty bad girl Wednesday also shines when given the chance, hooking up with Morgan himself in a passionate early scene that’s the flick’s best. A nice, goofy sexvid that delivers lots of action and a fair few laughs in the process. 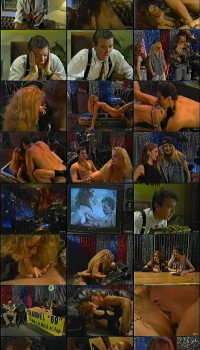